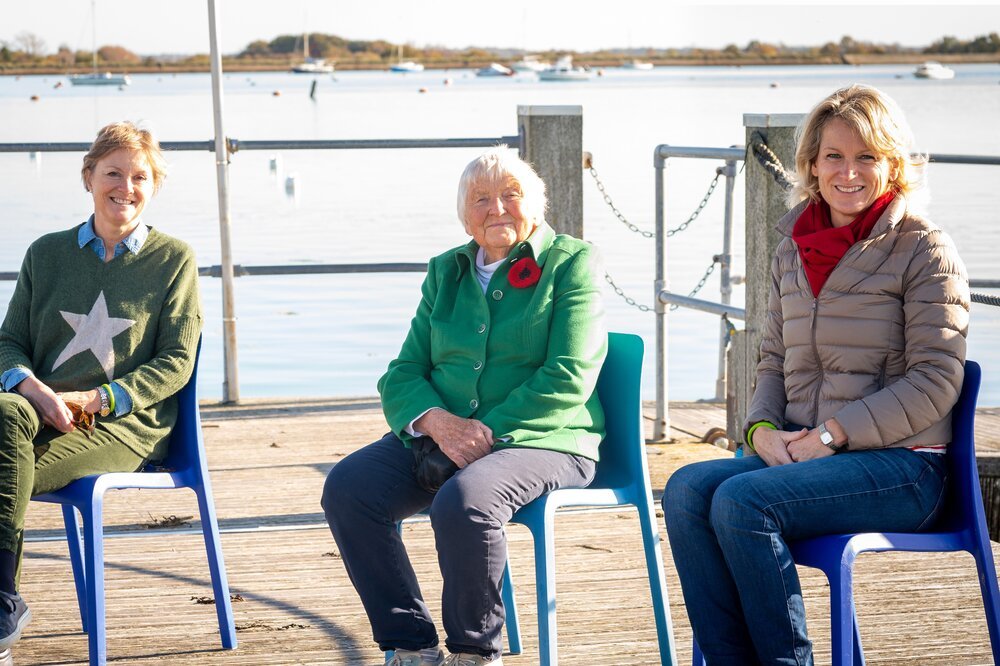 It was a privilege to become the first female Commodore in 1993, I served for 2 years and was very well supported by Nigel Pusinelli, our Admiral, all the Flag Officers and the club secretaries

In the summer of 1993 I had to cancel the junior swimming gala as the water was too cold! So I asked Alan Smith to investigate heating the pool. We installed a gas boiler and have had (most of the time) warm water ever since.

Another joy at this time was buying two picnic tables for members use. They were very popular, soon two tables were not enough and many more had to be bought.

These memories of those happy years are quite small compared with the massive improvements of recent years, but thank goodness we were able to purchase the Mountbatten field, just before I became Commodore. It left the club rather short of money (I think only £164 in the bank) so my first job was to raise funds! Members were great, some even paid two years subscriptions at once and Ray Wells was great at not paying our bills!

Another memory is our 75th Anniversary year in 1995, we had a BYO Ball in a huge marquee, it was wonderful. We also had a sail past very similar to the one last year, 113 boats in total. Sylvia Hines one of the older members was one the bridge as she had been a member for all 75 years.

It is lovely that recently we have had our second lady Commodore, Jane Scott and just as lovely that we now have our third with Jane Mellor, I wish her the very best in the role and hope she has time to enjoy it too!