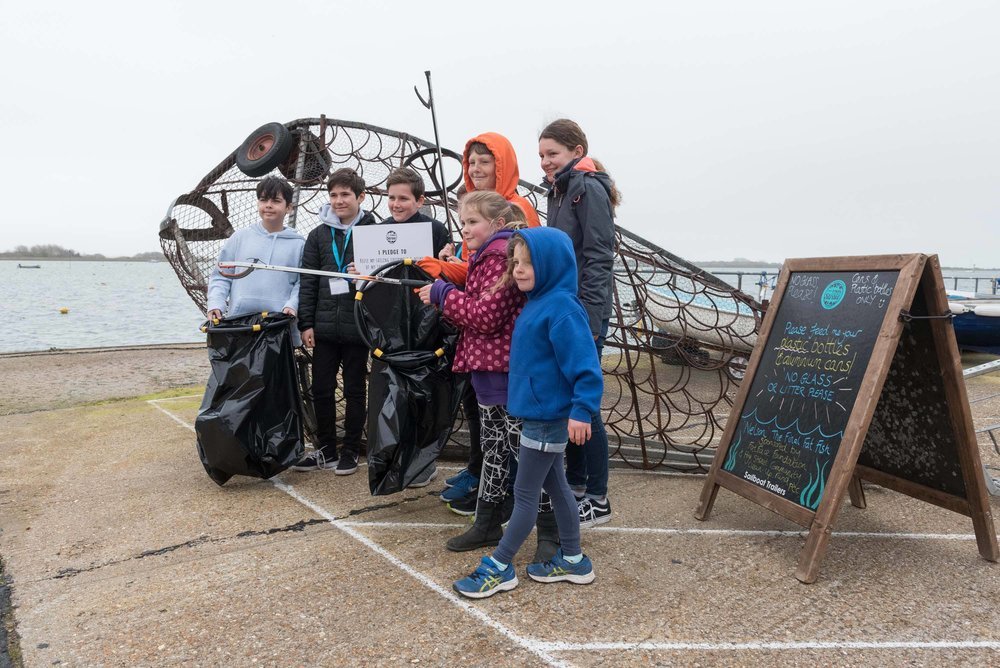 Sustainability was the word on everyone's lips at the launch of Emsworth SC's environmental plans last weekend, as the Club welcomed two environmental campaigners.

Kate Fortnam, Campaign Manager from The Green Blue was joined by Bianca Carr of The Final Straw Solent, and BBC South featured the event in its evening news bulletin.

Kate praised the Club for being the first in Chichester Harbour to set out its programme to reduce its impact. She was responding to Commodore Jane Scott's summary of the plan, which includes stopping pollution, protecting biodiversity and habitats and managing waste and energy. Immediate initiatives include the Club moving to a green energy supplier, lowering water usage by installing hose trigger controls and dropping single-use plastics.

Chris Preston, RYA chairman, said "Many congratulations on Emsworth Sailing Club's environmental initiative which I saw featured on regional TV last night. Sustainability is vital to our sport and all marine activities and life and it was wonderful to see the lead your Club has taken and the way you have involved the young sailors in helping to achieve it. Well done to you and everyone involved".

The Green Blue is the joint environmental awareness programme created by the Royal Yachting Association and British Marine. The Club has worked closely with it to develop its initiatives.

The Final Straw Solent now regularly organises beach cleans in the South of England, as well as running outreach programmes to schools. Immediately after the launch a beach clean was carried out. "Nellie" the fish, made from old trailers and fishing nets, was filled with discarded plastic bottles and aluminium cans (see picture).

"Ark", a poem by the Poet Laureate, Simon Armitage was read out.

The Club will be carrying out other initiatives which will be supported by the #ESC4ThePlanet hashtag.

See the photographs from the event here, courtesy of Don Manson. And the BBC coverage.

The Green Blue has some useful resources.