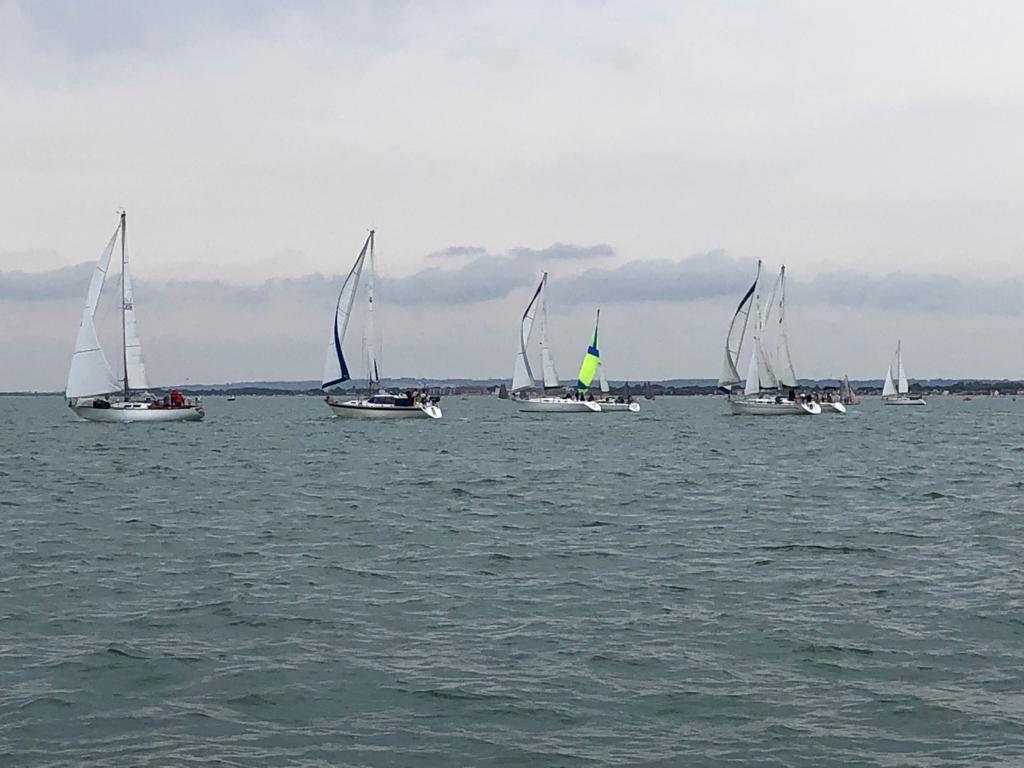 In rather challenging conditions last weekend (18-19 June), team ESC won a significant victory over ESSC to secure the Folly trophy.

Saturday saw some very fast sailing with speeds of over 12 kts achieved by some boats as they rounded Cowes.

On Sunday, the decision was wisely taken not to go round the Island but to do the Solent course.

The winning boat over the 2 days was Pimpernel, skippered by David Urry and his wonderful crew of Angela Armstrong and Pam Wilkinson.

There were some great times achieved by a number of our team. Full results can be found here.

With winds gusting in the high 30's, the pontoon party was abandoned, but we still managed to all get together for some nibbles and drinks. At one stage 18 people were counted aboard Bellatrix. She was lying very low in the water at that stage!

What a great start to the season for our cruising community: The Yoke and now The Folly.

Big congratulations to Team ESC Cruisers who have added to their inter-club trophy wins by winning The Folly! Fuelled by the heady success of retaining The Yoke from the ESSC 'challengers', we firmly threw down the gauntlet (sailing glove) to the long-term defenders of the inter-club Folly race around the Isle of Wight (a bit like the first ever America's Cup!), and triumphed with a resounding win!

Clearly this is a disappointment to our friends 'across the pond' but if we look at the positives, the lack of trophy will make a little more room in their clubhouse for their centenary celebrations.

Thank you to all those who took part, to Martin Stewart for his fantastic organisation and to Sian Browne, our Cruiser Captain for her great leadership!