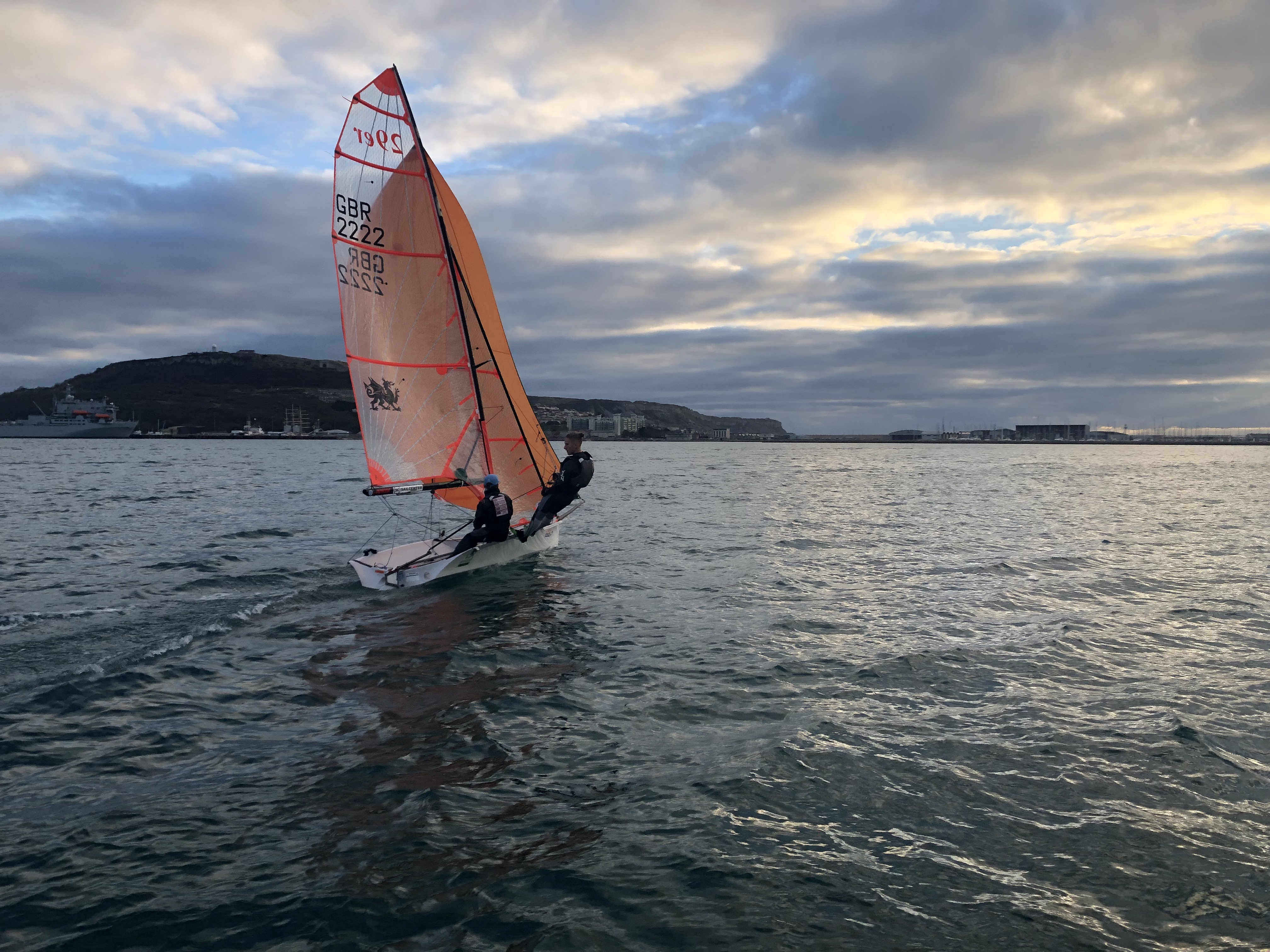 The first event was a Grand Prix at Lymington on 17-18 October. A beautiful sunny weekend with a Force 2 on Saturday and F4-5 on Sunday. Top Emsworth sailor was Gwen Sargent in 11th (and second all female boat), just pipping Ralph Berry who was crewing the 12th placed boat. Johnny Sargent was 17th and Jess Charlesworth 32nd.

After this event the 29er Class Squads were selected. Gwen and her crew and Johnny and his crew are part of the 12 boat Class National Squad and Jess and her helm are Class Development Squad. The first weekend was a very breezy 6-7 Nov at Weymouth. Lots of learning done and not a little swimming.not surprisingly as the breeze reached 30 knots!

13-14 November was back to Weymouth for the Ovington Championships, a stand alone event. 4-8 knots on Saturday and still unseasonably warm. Sunday mainly 8-10 knots but reaching 12 by the end of the day. Quite hard to stand still in a 29er during the 2-minute silence! Incredibly close racing and a high scoring event. Gwen left a few places on the race course when her spinnaker tack line pulled out in Race 2.but she was able to fix it and complete races 3 and 4. Johnny had a mixed first day and a great second day (6, 15, 5, 2) to jump from 21st to 12 overall. Ralph had some great results including a win but was held back by two disqualifications for starting early. Overall Jess put together a consistent series for 26th, with a top result of 17th, Ralph was 16th, Johnny was 12th and Gwen just 4 points ahead in 11th, and first all-female boat.

Matt Sargent was mark-laying so managed to bag a couple of photos: Johnny in 2222, and Gwen in 2929. 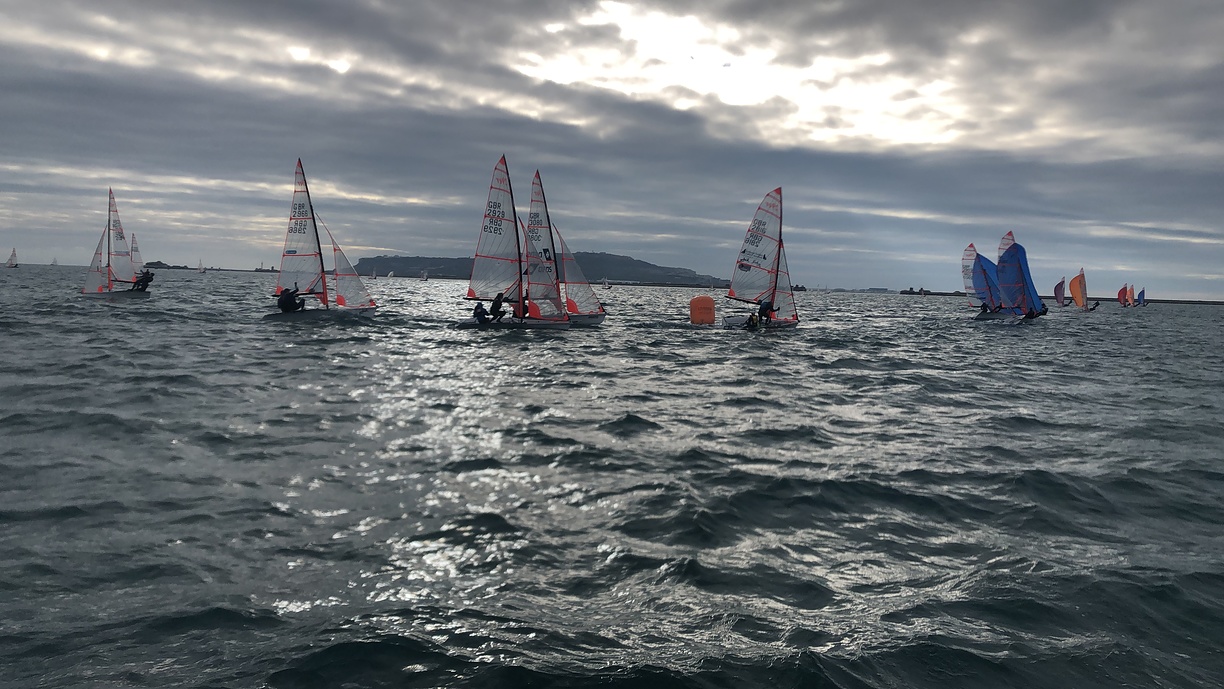