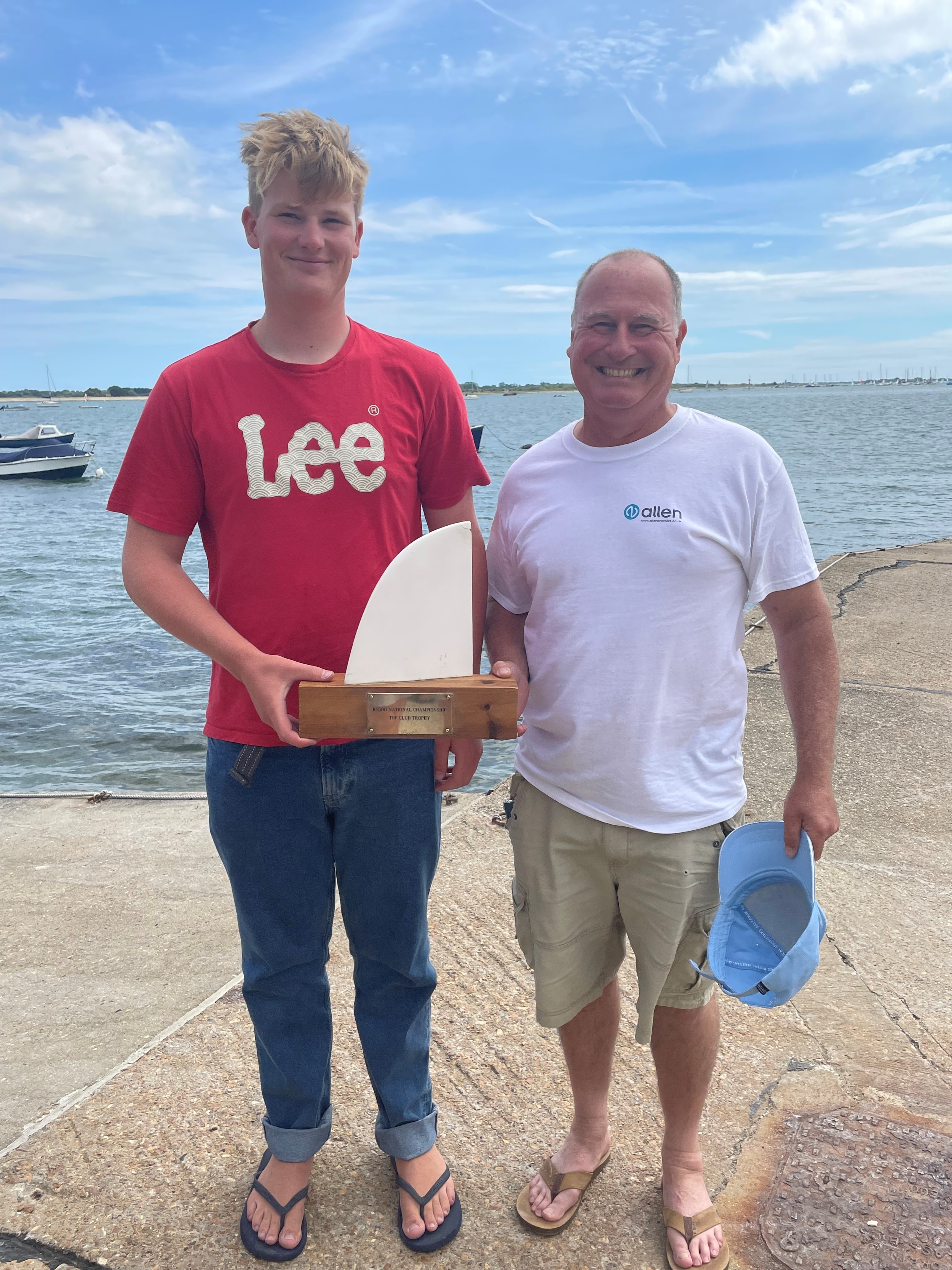 The 2022 RS300 Nationals was hotly contested, from where Dave Acres reports...

Well done to Charlie South for coming 2nd at the RS300 Nationals, and with Dave Acres in 3rd place, ESC was the clear winner of the Top Club Trophy, which is proudly displayed at the Club.

Charlie South and Dave Acres attended the RS300 Nationals at Weymouth from 24 to 27 July. They arrived a day early to do some training together and with a good 20-knot breeze it looked like Charlie benefited from this, getting plenty of capsize practise in. The next 3 days were all windy and Charlie showed that raw talent, youth and very long legs were a match for any of the seasoned 300 sailors, even with the odd capsize. Only one person (Paul Watson), a past podium finisher and ex-triathlete, could match his pace upwind.

By the last day Paul, Charlie and Dave were all very close on 10, 11 and 15 points respectively, so all was set for an exciting final 2 races. Could the heavyweights still compete with the lighter racers who had suffered from the previous 3 brutal days? The race officer built up the tension by holding everyone ashore until the sea breeze kicked in. It also allowed the 180-odd Fevas, also racing in the harbour, to launch first.

With pin end bias in the penultimate race, Dave got a great start and held on to get a 2nd. But where were Paul and Charlie? Both had shockers by their standards with a 12th and 9th respectively and so it was to go down to the wire.

The final race saw Watson make a mistake and take a penalty turn. This left him almost last, and doubting he could better than his next worst discard (5th), he retired. All he could do was watch and hope that Charlie didn't win, or Dave didn't come 3rd or better. Both were up there at the windward mark but neither could see the next wing mark due to a wall of Fevas sitting on the reach merrily chatting to their coaches in between races. Charlie did amazingly well to hang on to a 2nd and Dave sadly slipped down to 5th so the final scores on the doors after discards left Paul in the lead on 21 pts, Charlie second on 22, and Dave 3rd on 23pts. Photos, reports, results and info on all the prize winners and sponsors.