Home / News / Virtual walk on the wild side

Home / News / Virtual walk on the wild side

Virtual walk on the wild side 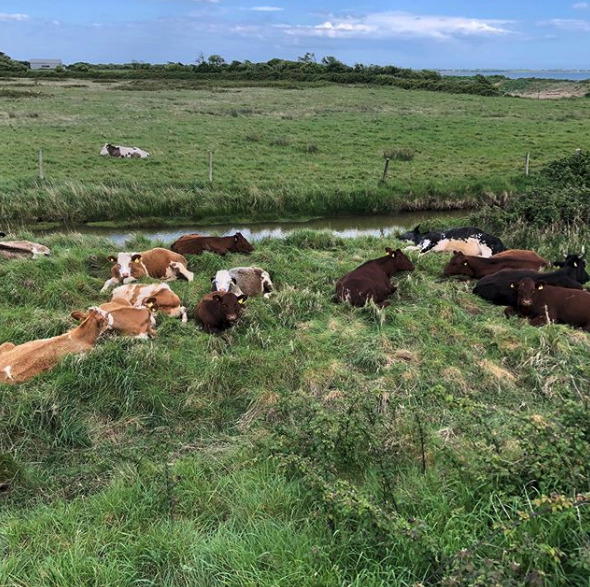 Living north of the Downs, I am currently denied even a view of Chichester Harbour. However this absence from water has provided me with time to return to my own roots in natural resource management and to write about the beasts, mini and not so mini, of our amazing harbour.

I still recall the first time I saw Chichester Harbour having moved to the area when I started working for the World Wildlife Fund. As a conservationist I knew that the harbour was of national and international importance, yet seeing it glinting in the sun (the tide was in!) was one of those 'stop you in your tracks' moments.

There is quite simply so much biodiversity in the Harbour that it is impossible to do it justice here, so keeping this personal, I have unashamedly picked a few favourites of mine to write along with some 'wildlife recollections', including a few from local wildlife experts.

Favourite winter visitors are Brent geese, that arrive in the harbour in November, leaving for their summer Arctic breeding grounds in March. Smaller than other native geese, they have dark plumage punctuated by a white collar around necks and white under their tails. When their preferred food seaweed is scarce, they venture inland to feed on grass - not always popular with farmers or those using playing fields for rugby! Scaring devices try to encourage them to feed on the quieter grassland habitats of Thorney island.

Like 'fair weather' sailors, three species of terns frequent the harbour in summer. I have always found migrating species simply incredible. I frequently get lost without a map or sat nav - so how terns find their way from Africa to the harbour every summer defeats me. They come here to breed on the islands in the harbour, laying their eggs in shingle. In descending order of size, the largest of the three is the Sandwich Tern which is white with a black head and beak. Common Terns are medium sized and grey-white in colour with a black head, red black tipped beak and long 'swallow tail'. The rarest and smallest of them all, with only a handful nesting in the harbour, are Little Terns. These are white with a dark head, white forehead patch and yellow beak. Terns are one of my Harbour wildlife highlights - their delicate forms appear to drop from the sky like a rain of arrows plunging into the sea, then resurfacing, with a small fish clasped in their beaks. With their nests prone to damage from flooding, avoiding all human disturbance on their breeding grounds is essential if we are to continue to enjoy the agility of these amazing birds.

I must admit to loathing harbour mud, which has the capacity to remain under finger nails beyond the reach of any nail brush! Just like racing marks, marine life needs anchors such as pebbles or shells to live in the muddy gloop. However, one very unusual plant manages survive here - Eelgrass. Often mistaken as a seaweed, it is in fact a flowering plant. The 'beds' of eelgrass are significant nationally, providing sheltered nurseries for juvenile fish, crabs and other species. Buried in the mud are also mini beasts like peacock worms, that hide their bodies in tubes made from mud and mucus. Those of us that love fish (mostly on a plate - but sustainably caught of course) will be pleased to know the harbour supports over forty different species and acts as a nursery ground for Bass, Bream, Mullet, Sole and Plaice. What you might not know is it is also home to the 'best fish dad' in the harbour. Pipefish are found hidden the algal coverings in sheltered areas and it is the male who gives birth to the young. If only this could happen in mammals!

There is one final species that most definitely is my favourite. It once caused me to scream at my dinghy helm that we were in danger of hitting a swimmer in the water. Highly unlikely to find a swimmer right out in the middle of the harbour, but logic doesn't come into it. Having veered off course, the said helm was less than sympathetic with me when he discovered that the offending swimmer, with smooth dark hair, also had a long nose and whiskers!

Our Harbour Seals are in fact common seals, although sometimes a couple of Grey Seals can be spotted. Approximately forty Harbour Seals live in the Solent, visiting Chichester Harbour which provides a perfect habitat for them. Here they are relatively undisturbed and have plentiful food such as fish and crustaceans. This is the only known resident population of Harbour Seals in the Eastern English Channel and so they are considered very important.

The females tend to be smaller than males and live longer. Every seal has unique markings and their colourings can vary - from tan to grey, black and brown. When seals are not busy feeding, they come ashore to rest on the seal equivalent of 'sun loungers' - the mud and sand banks found in the harbour. They remain on these 'haul out sites' until the tide comes in when they move off to feed, rarely travelling more than 60 km away. Research has shown that one seal, with a particular wanderlust, swam to Worthing on a three-day trip, sleeping at sea and diving to depths of 60m. Given the small size of the harbour population, they are potentially very vulnerable. With this in mind Chichester Harbour Conservancy has produced a 'Solent Seals Code of Conduct' which explains how to behave around these magnificent animals.

The Harbour Conservancy website has much more information on all the species and habitats that can be found in the harbour and, in more normal times, the Conservancy runs a programme of talks or visits open to the public. There are also opportunities to get more practically involved via The Friends of Chichester Harbour, who organise working parties on habitat management and wildlife research. Finally, the RYA Green Blue has produced information for all watersports users on how to act responsibly around wildlife and disturbing or damaging the environment which is their home. Why not take a look at all these during lockdown?

So, those of you lucky to have the Harbour on your doorstep, enjoy your next walk and if you see something on the 'wild side' why not take a photo and send it to the club? For those not living near the sea, then take a picture of your local wildlife or nature and send it in. Our Commodore has agreed to pick her favourite photo sent in from a club Junior member and non-Junior member.