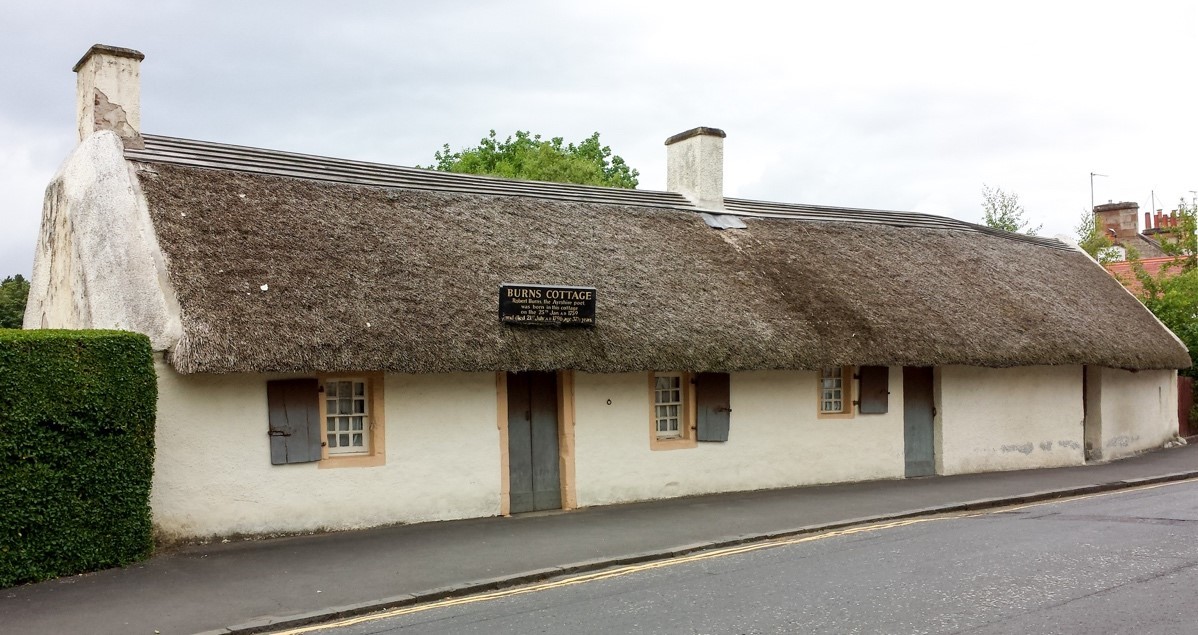 Robert Burns was the eldest son in a family of 7 children. He was born near Alloway in South West Scotland on the 25th of January 1759. Despite their extreme poverty Robert or as he was more popularly known to the family as "Rabbie" was taught by his father William, a self-educated tenant farmer. The house he was born in was built by his father (now the Burns Cottage Museum) when Rabbie was seven years old. William Burnes sold the house and took the tenancy of the 70-acre Mount Oliphant farm, southeast of Alloway. Here Burns grew up in poverty and hardship, and the severe manual labour of the farm left its traces in a premature stoop and a seriously weakened constitution.

He had little regular schooling and received much of his education from his father, who taught his children reading, writing, arithmetic, geography, and history and also wrote for them A Manual of Christian Belief. He was also taught by John Murdoch (1747-1824), who opened an Adventure School in Alloway in 1763 and taught Latin, French, and mathematics to both Robert and his brother Gilbert, until Murdoch left the parish. After a few years of home education, Burns was sent to Dalrymple Parish School in mid-1772 before returning at harvest time to full-time farm labouring until 1773, when he was sent to lodge with Murdoch for three weeks to study grammar, French, and Latin.

However, Burns was still required to work part-time on the farm. This meant back-breaking work, being undernourished, always poorly clothed and out in all the weather Scotland could provide. Though he would go on to have other forms of employment, his start in life had a deleterious effect on this health and as a result he sadly died at age of 37, but it is worthy of mention that over 10,000 mourners attended his funeral.

To summarise his achievements and influence, he became known as the National Bard, Bard of Ayrshire, the Ploughman Poet. He is widely regarded as the national poet of Scotland and is celebrated as such, worldwide. He is the best known of the poets who have written in the Scots language. Although much of his writing is in English with a light Scots dialect, it is accessible to an audience beyond Scotland. His works have been translated into 80 other languages. He also wrote in standard English, and in these writings his political or civil commentary is often at its bluntest.

He is regarded as a pioneer of the Romantic movement, and after his death he became a great source of inspiration to the founders of both liberalism and socialism, and a cultural icon in Scotland and among the Scottish diaspora around the world. Celebration of his life and work became almost a national charismatic cult during the 19th and 20th centuries, and his influence has long been strong on Scottish literature. In 2009 he was chosen as the greatest Scot by the Scottish public in a vote run by Scottish television channel STV.

As well as making original compositions, Burns also collected folk songs from across Scotland, often revising or adapting them. His poem (and song) "Auld Lang Syne" is often sung at Hogmanay (the last day of the year), and "Scots Wha Hae" served for a long time as an unofficial national anthem of the country. Other poems and songs of Burns that remain well known across the world today include "A Red, Red Rose", "A Man's a Man for A' That", "To a Louse", "To a Mouse", "The Battle of Sherramuir", "Tam o' Shanter" and "Ae Fond Kiss".

Towards the end of his life, Burns' worldly and financial prospects were perhaps better than they had ever been; but he had become soured, and had alienated many of his friends by freely expressing sympathy with the French and American Revolutions, His political views came to the notice of his employers, to which he pleaded his innocence. Burns met other radicals at the Globe Inn Dumfries which attracted the view that he was planning sedition. He lived in Dumfries in a two-storey red sandstone house on Mill Hole Brae, now Burns street, which is now a museum.

He went on long journeys on horseback, often in harsh weather conditions as an Excise Supervisor. He was kept very busy as the exciseman, writing doing reports, being a father of four young children, song collector and songwriter As his health began to give way, he began to age prematurely and fell into fits of despondency. His habits of intemperance are said to have aggravated his long-standing ill health and rheumatic heart condition.

On the morning of 21 July 1796, Burns died in Dumfries, at the age of 37. The funeral took place on Monday 25 July 1796, the day that his son Maxwell was born. He was at first buried in the far corner of St. Michael's Churchyard in Dumfries; a simple "slab of freestone" was erected as his gravestone by Jean Armour, which some felt insulting to his memory. His body was eventually moved to its final location in the same cemetery, the Burns Mausoleum, in September 1817. The body of his widow Jean Armour was buried with his in 1834.

The Soviet Union was the first country in the world to honour Burns with a commemorative stamp, marking the 160th anniversary of his death in 1956.

Through his five surviving children (of 12 born), Burns has over 900 living descendants as of 2019.

For many, Burns will always retain the image of the romantic hero. However, he was not without his faults. His sexual transgressions, drinking bouts and general waywardness are oft overlooked in many of the numerous biographies penned since his death.

But the fact remains that the more you read into this great man's life you will find him to be passionate, hard living, generous and yes on occasions melancholic and morbid but above all he was a brilliant, inspired artist and poet. 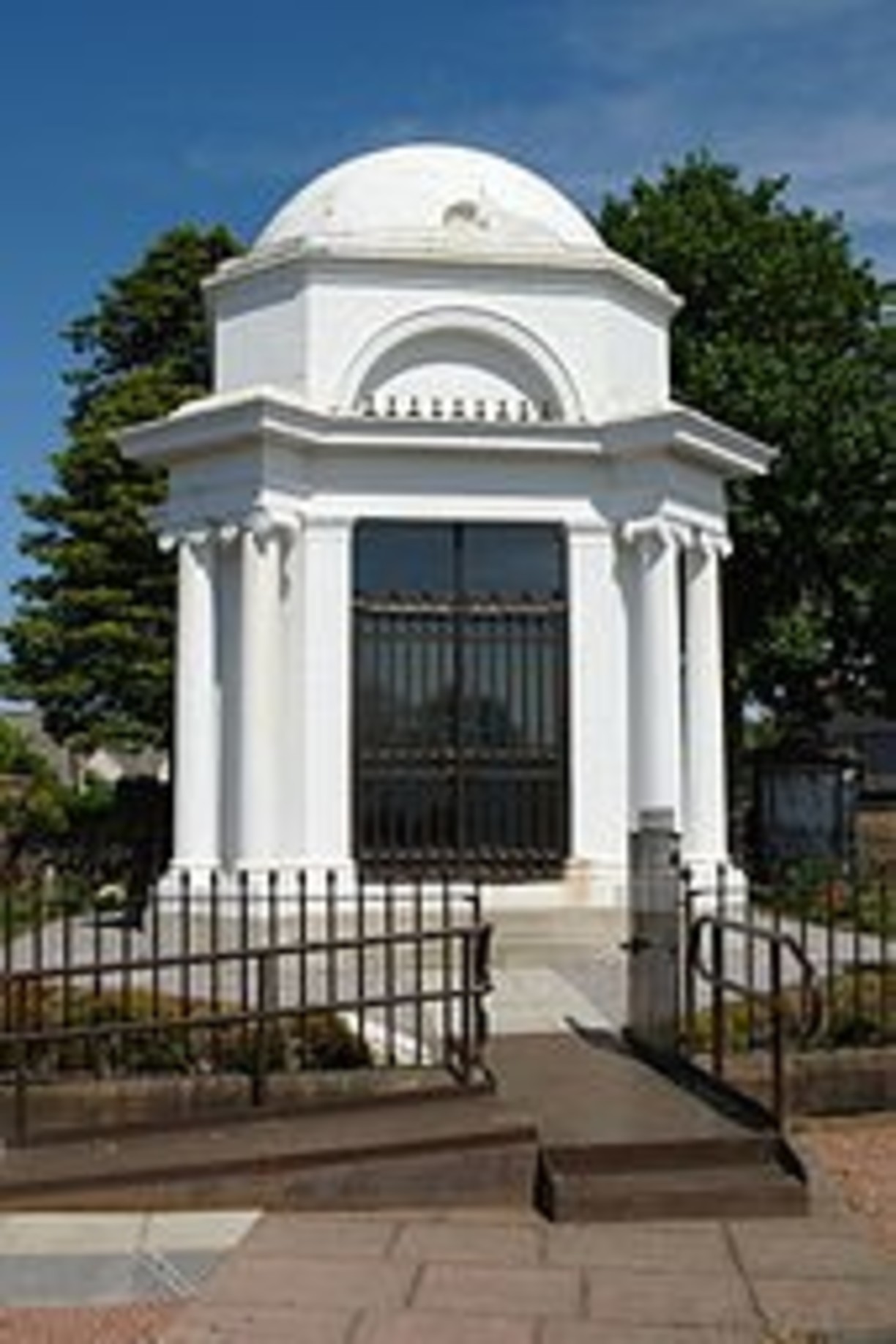 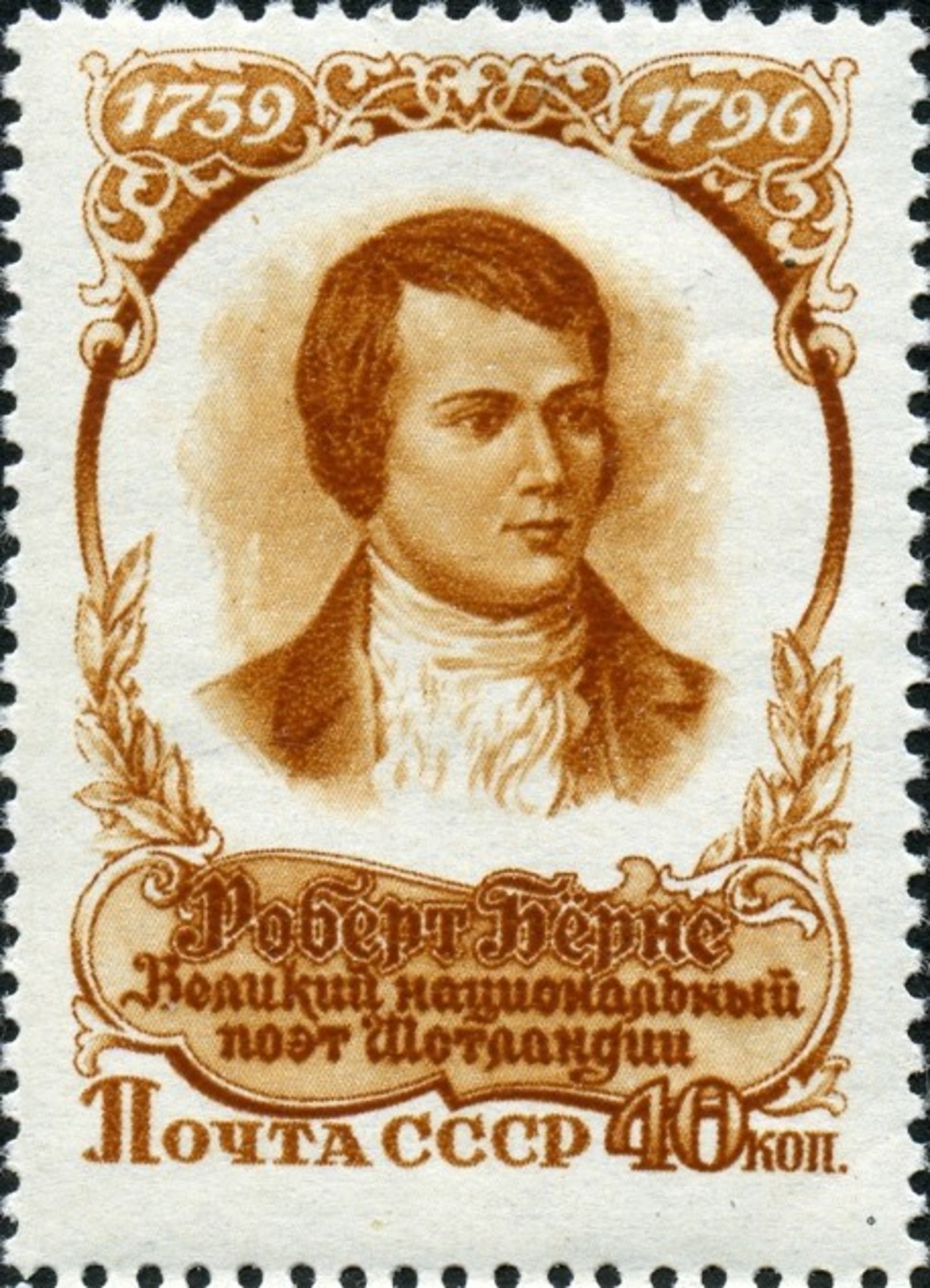