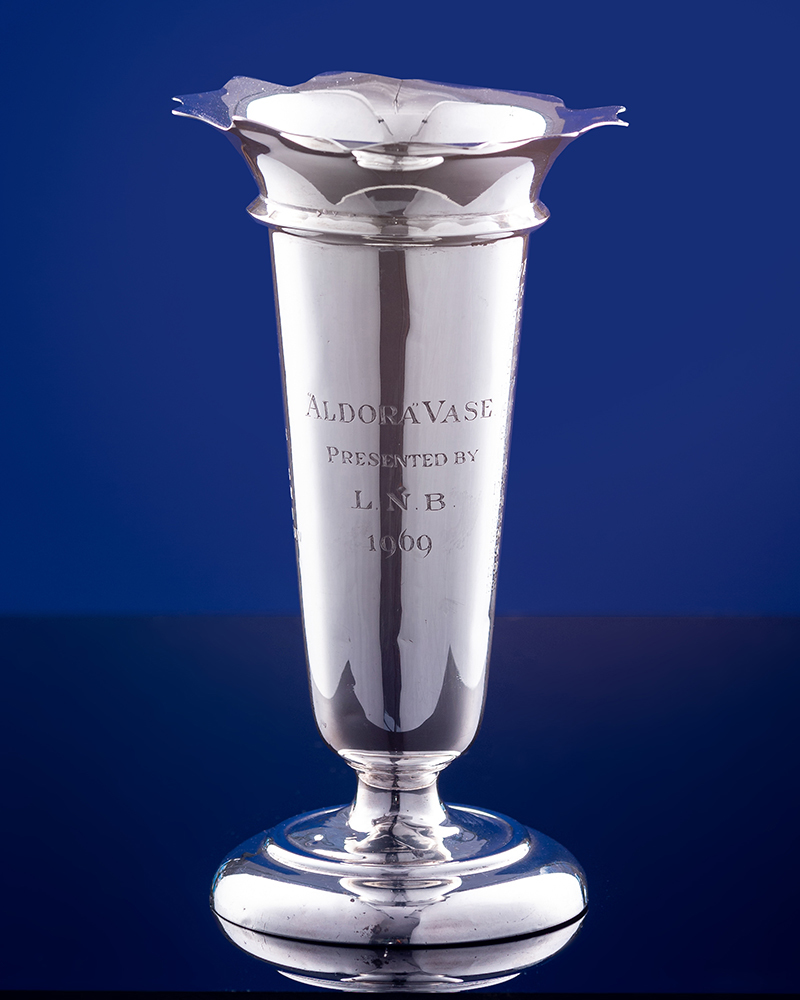 Presented in 1969 by L Norwood Brown, Vice Commodore 1960 - 1962. He had retired from owning tea plantations in Ceylon and the cup was named after one of his plantations. He also named a buoy 'Kit's Folly' from his nickname.

The cup was for the Slow Handicap Race in the Junior Regatta, but in 1974 it was re-allocated for the Mirror Class Race for the first Emsworth SC helmsman.