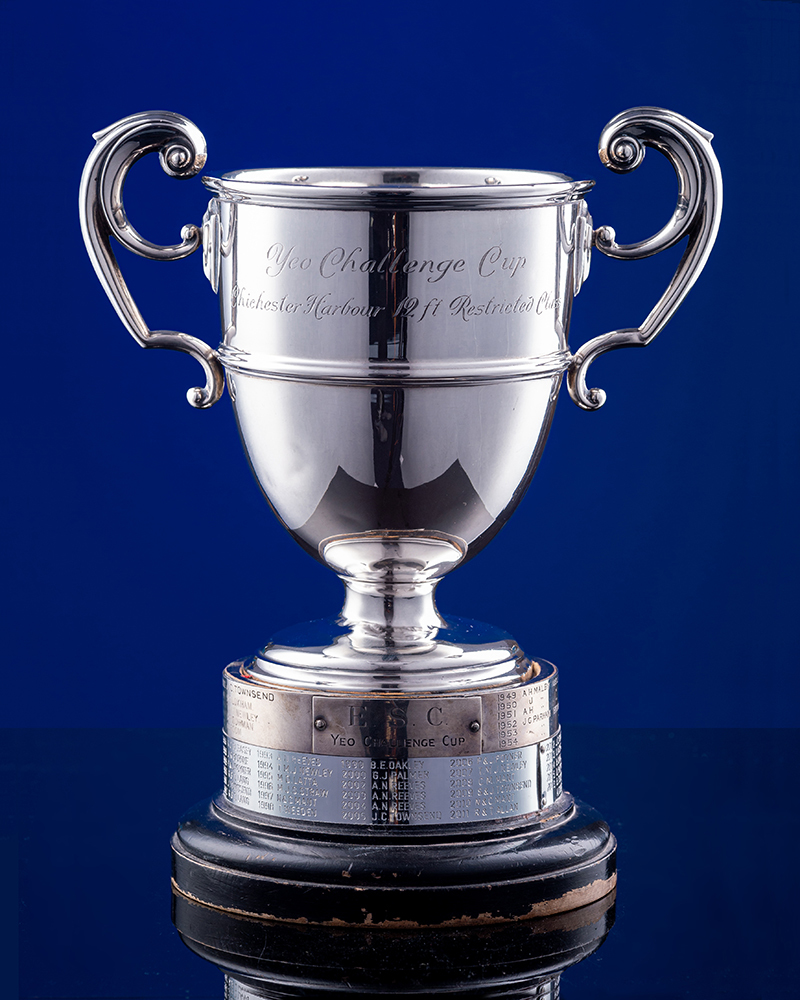 In 1931 the Rear Commodore G Yeo, Esq. presented the Yeo Challenge Cup for a race in Chichester Harbour for 12 foot restricted class dinghies. This was re-allocated in 1959 for a general handicap for 16 foot overall dinghies, this has now been waived. It is now a General Handicap down harbour race, part of the Commodore's Cup.

Details of the pre-war winners cannot be traced, but the base is engraved (marked as *). It appears that there was a second Yeo Cup, as the Club Sailing log contains the following winners.