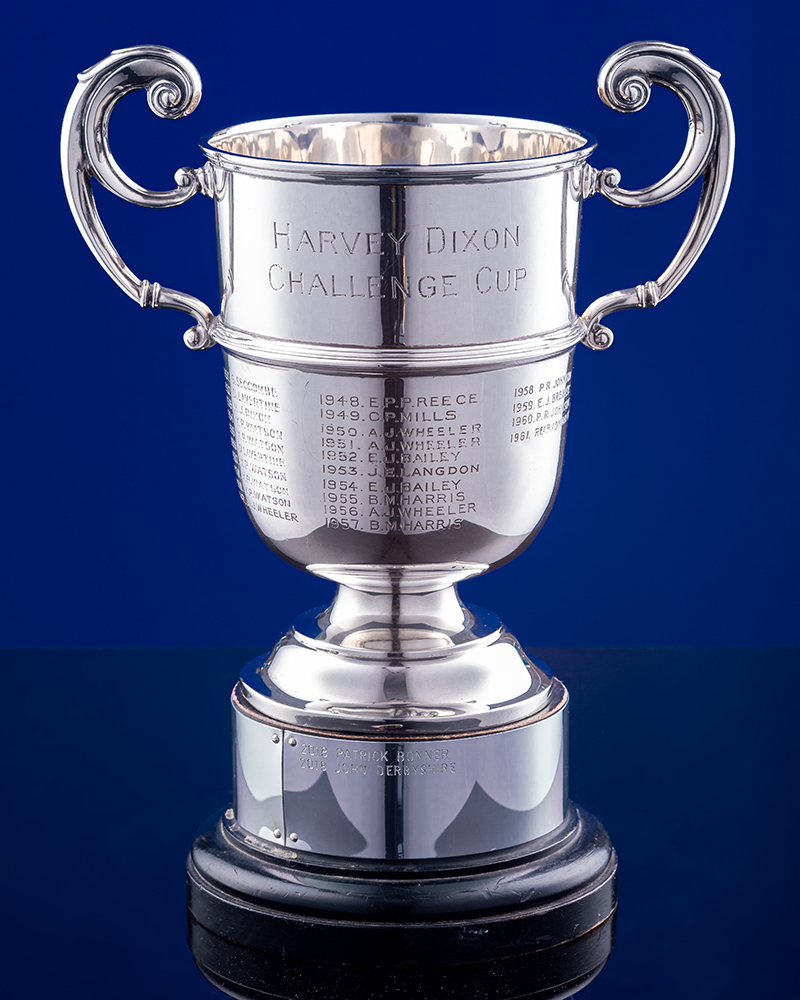 Presented in 1929 by Harvey A Dixon Esq. JP, to replace a cup presented in 1926 by Colonel Blois Johnson and won outright in 1928 by HJ Dixon. Formerly the season's points trophy for Sunday racing in Emsworth One Designs, however in 1961 the Club EODs were sold, and the Cup was re-allocated and awarded as one of the season's points trophies for general handicap racing. From 1979 to 1984 it was presented to the winner of the first half season series. Since 1984 there have been three long series in the season and this cup has been awarded for the second series.